Sleep Apnea Therapy in Chesterton, IN

“Obstructive sleep apnea” (OSA), which is under-diagnosed and frequently dismissed simply as harmless but annoying snoring, is a very dangerous condition. If you or a loved one snores loudly at night, please have a sleep study done to rule out this very harmful and potentially fatal condition. 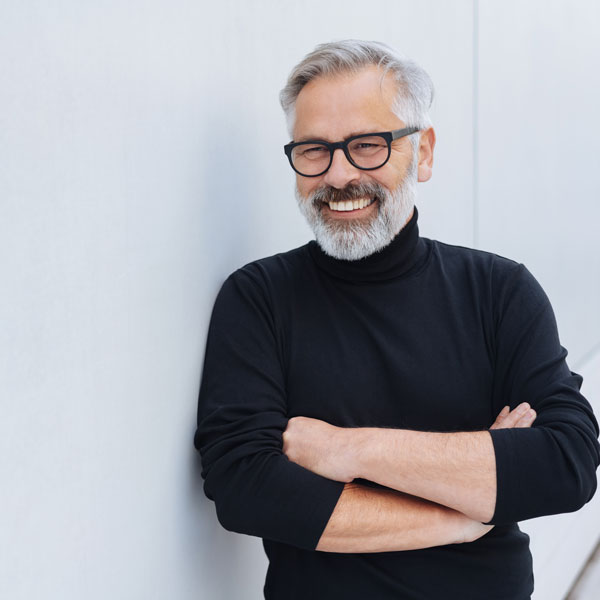 Snoring occurs when one’s airway becomes partially blocked or occluded. An example would be a tongue that falls back as we drift off into deeper sleep. As the diameter or size of the airway passage is shrinking, the result is often a muffled sound caused by vibrations in the throat, or snoring.

Often this compromise is minor, and the body continues to get adequate amounts of oxygen, which causes little or no harm. However, this is a red flag as it could also be one of the early warning signs or a part of sleep apnea. Most sleep apnea sufferers snore in between bouts of apnea, or oxygen interruption. A sleep study should be done to determine how serious one’s condition may be.

Sometimes sleep apnea patients have a rough night and don’t even know it is happening. In any given night, these apneic events (when a patient stops breathing) can occur 30 – 50 times, and sometimes as many as 60 – 100 times per hour. Obviously, these individuals awake exhausted each morning, since they’ve been fighting for oxygen all night. Sleep should be a replenishing award for each of us.

Should you be worried? Well, to answer that, first check out the list of some signs and symptoms associated with sleep apnea. Common side effects of sleep apnea patients include:

Chronic sleepiness is another obvious symptom. The Epworth Sleepiness Scale is a simple test that can be taken that will grade one’s level of sleepiness. Additionally, a Sleep Observers Questionnaire should be filled out by anyone who regularly observes the potential sleep apneic. Not all apneics will score high, but if you do, it is a very good sign that you may have OSA (obstructive sleep apnea). It can also cause learning or memory disabilities and periods of nodding off while on the phone or at work. Obviously, this causes sleep apnea patients to be at a much greater risk for auto accidents.

People most likely to have or develop sleep apnea include those we’ve already mentioned who snore, are overweight, or have high blood pressure. Another concern would be people who have some physical abnormality of their nose (deviated septums), throat, or other parts of the upper airway. One thing we look at is the Mallampati score. There are 4 “grades”, and the higher the grade, the smaller the air passage, which is another indicator of sleep-disordered breathing.

Another easy marker is neck-size. A study of professional football players in the Super Bowl Study turned up astonishing results. 34% of linemen in that game were diagnosed with sleep-disordered breathing, which is roughly 8 times the average. A neck size of 17″ or larger is a good indicator of this disorder, and it doesn’t matter if it’s muscle or fat. Sleep apnea seems to run in some families, suggesting a possible genetic link. If you have children, you might want to pay specific attention to whether or not they still have their tonsils and adenoids.

Chances are that your spouse, other family members, or your coworkers, are susceptible to the problem. They might also suffer from your noisy snoring, or see the signs of a body which is not sleeping at night as it attempts to get through a given day. Recently, a condition known as “secondary snoring” has been researched, and has been shown to cost the bed partner of a snorer an average of 1.5 hours of sleep each night. Nocturnal signs and symptoms associated with OSA include sleep restlessness, drooling, dry mouth, witnessed apneas, choking or gasping, and sweating.

In our office, we treat snoring and sleep apnea with a unique approach. For example, we can provide you with a home monitor to help assess whether or not sleep apnea should be a concern. The gold standard for treatment of sleep apnea is presently with the CPAP machine. Unfortunately the majority of CPAP owners are non-compliant after one year. If you are one of the non-compliant, we can fabricate an oral appliance that will help open your airway and reduce the severity of your sleep apnea.

These appliances can reduce sleep apnea and the associated health risks without the need for surgery, medications, or other therapies. A custom oral appliance worn while sleeping, they hold the lower jaw forward and open, preventing the tongue and throat tissues from impinging on the critical airway. There is a 96% success rate (snoring) for people treated with these appliances.

The SomnoMed MAS™ is a Mandibular Advancement Splint (MAS) that treats both snoring and obstructive sleep apnea (OSA). It does this by advancing the lower jaw forward. It is a custom-made device consisting of upper and lower dental plates with a unique coupling mechanism.

If required, a component can be added to make the device adjustable. This feature provides incremental adjustments for jaw advancement, and this improves the effectiveness and comfort level of treatment as the jaw is moved only as far as is required to alleviate snoring and reduce OSA.

When you need a complete smile again, give us a call and schedule an appointment. Reach out to our office by calling 219-926-5445 at your earliest convenience!

Back to the top